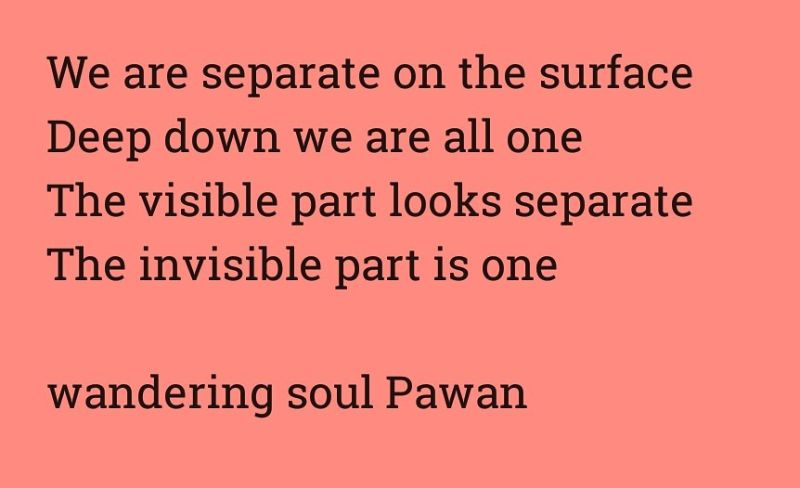 via — Sometimes heart bleeds emotions in form of words

Like a sweet apple reddening on the high branch,
on the tip of the topmost branch and forgotten
by the apple pickers – no, beyond their reach.

Like a hyacinth in the mountains that shepherd men
trample down with their feet, and on the earth
the purple flower

I would call back at least for literature this world of shadows we are losing. In the mansion called literature I would have the eaves deep and the walls dark, I would push back into the shadows the rings that come forward too clearly, I would strip away the useless decoration. I do not ask that this be done everywhere, but perhaps we may be allowed at least one mansion where we can turn off the electric lights and see what it is like without them.

– Junichiro Tanizaki, In Praise Of Shadows

Now I know that my impulse to serve posterity is just the same kind of thing as my fondness for cheese – now that its transcendental pretensions have been exposed for a sham – do you think I shall pay much attention to it?

“Children, and people who retain some ingenuous trait of childhood, are almost indecipherable, I realize that. Nevertheless, in a child’s face, there is just one revealing, one unstable area, a space comprised between the nostril, the eye and the upper lip, where the waves of secret delinquency break on the surface. It is as swift and devastating as lightning. Whatever the child’s age, that little flash of guilt turns the child into a ravaged adult. I have seen a serious lie distort a little girl’s nostril and upper lip like a hare-lip…”

Another fantastic writer that I recently unearthed through the Wayward Girls And Wicked Women anthology by Angela Carter.

Her writing evokes violently, flows like a serene river between the worlds of reality and imagination and sighs, turning up at streams to pluck a thread of blonde hair with quivering fingers. I think of her as a wonderfully female libertine, sensual intellectual and a 20-century version of Sappho (but somewhat luckier) – she was the first French female novelist to be granted a state funeral after she was refused a religious funeral by the Catholic church. If that’s not badass (with a bit of good old Irish luck), I don’t know what is.

I fell for a servant who kept me on the boil.

In the spring or warmer weather when the snow thaws in the woods the tracks of winter reappear on slender pedestals and the snow reveals in palimpsest old buried wanderings, struggles, scenes of death. Tales of winter brought to light again like time turned back upon itself.

The world was a huge meadow which I consumed with my mouth, with my eyes. If only the illusion could have continued through eternity. Why wasn’t I able to lie eternally under that beech tree without moving, never having any desires?

And you could see among the faces a young girl with candyapple on her lips and her eyes wide. Her pale hair smelled of soap, womanchild from beyond the years, rapt below the sulphur glow and pitchlight of some medieval funfair. A lean skylong candle skewered the black pools in her eyes. Her fingers clutched.